The Aboriginal Flag has been freed! 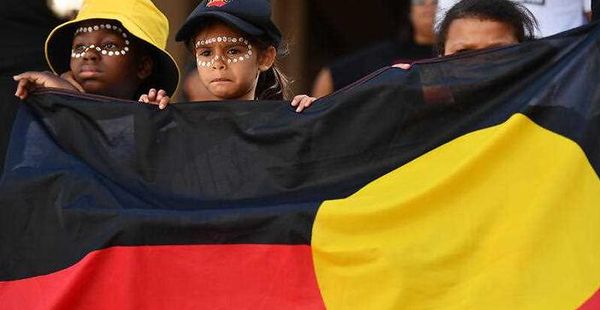 The Aboriginal flag has been freed after the federal government completed a deal to take ownership of it's copyright.

After a two year legal battle, the flag is now free for use after being previously owned by the flag's designer, Luritja artist and activist Harold Thomas and a non-Indigenous clothing company.

It comes after a number of Indigenous groups were sent cease and desist warnings for using the flag in an apparent breach of copyright.

Minister for Indigenous Australians Ken Wyatt said that it was "profoundly important for all Australians," adding "no one can take it away."

"Over the last 50 years we made Harold Thomas's artwork our own - we marched under the Aboriginal flag, stood behind it, and flew it high as point of pride," he said.

"In reaching this agreement to resolve the copyright issues, all Australians can freely display and use the flag to celebrate Indigenous culture."

As part of the deal, the Commonwealth will put all future royalties recieved from the sale of the flag towards the work of NAIDOC and the government has agreed to establish an annual scholarship in Mr Thomas's honour worth $100,000 for Indigenous students to develop skills in leadership, and to create an online history and education portal for the flag.

You can read more about this historic decision via the articles below.

All Australians can use Aboriginal Flag after  Commonwealth secures copyright: InDaily

Back to all news items